The latest Drausy® news is here: 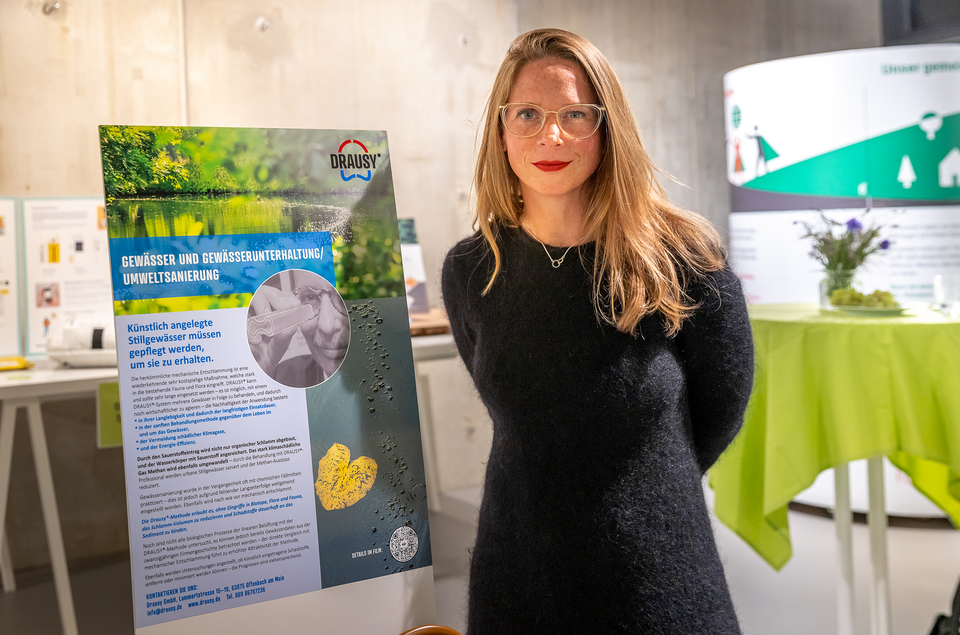 We were invited to take part in the exhibition for the bundespreis ecodesign - there Cordula had the opportunity to present the Drausy® system in a short portrait to the jury panel and the guests. 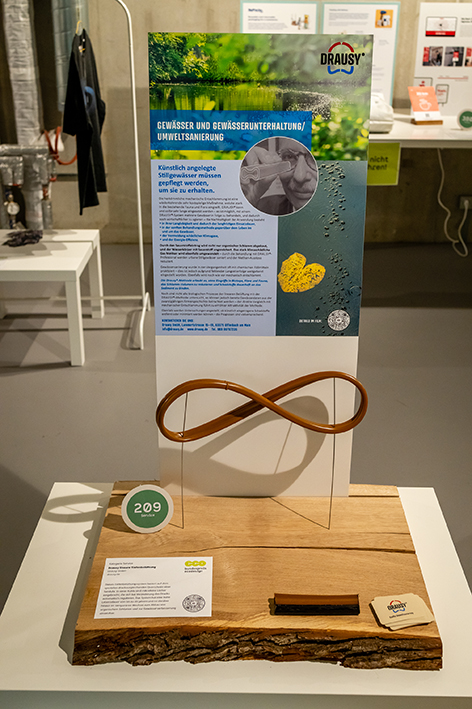 In 2021, the Federal Ecodesign Award will celebrate its tenth anniversary. Since 2012, the Federal Ministry for the Environment and the Federal Environment Agency, in cooperation with the International Design Centre Berlin, have announced the competition in four categories: product, service, concept and young talent. This year, for the first time, international applications could also be submitted.  Rita Schwarzelühr-Sutter, Parliamentary State Secretary at the Federal Ministry for the Environment, Nature Conservation and Nuclear Safety (BMU) and jury member: "Ten years of the Federal Ecodesign Award are a real success story. Because how a product affects the environment is determined up to 80 percent by its design. The award has made a significant contribution to bringing the combination of ecological product, design and aesthetic standards from the niche to the mainstream. The nominated products and concepts impressively show that climate and resource protection are now part of the core of design."

Prof. Karsten Henze, Chairman of the Board of the International Design Centre Berlin (IDZ):
"It is a special pleasure for us to have been able to organise this important prize for ten years now. Design can make an important contribution to mastering the great ecological challenges. In the anniversary year, we look back at a total of 91 outstanding ideas that have been awarded the Federal Ecodesign Award - in the SPOTLIGHT ON event series, you will get the opportunity to get to know some of them better."   Of 381 submissions, 94 were admitted to the jury session in an initial selection process by a panel of experts. In a second step, the nine-member jury selected the nominees, which included projects from companies, design, engineering and architecture offices as well as research institutions and universities.